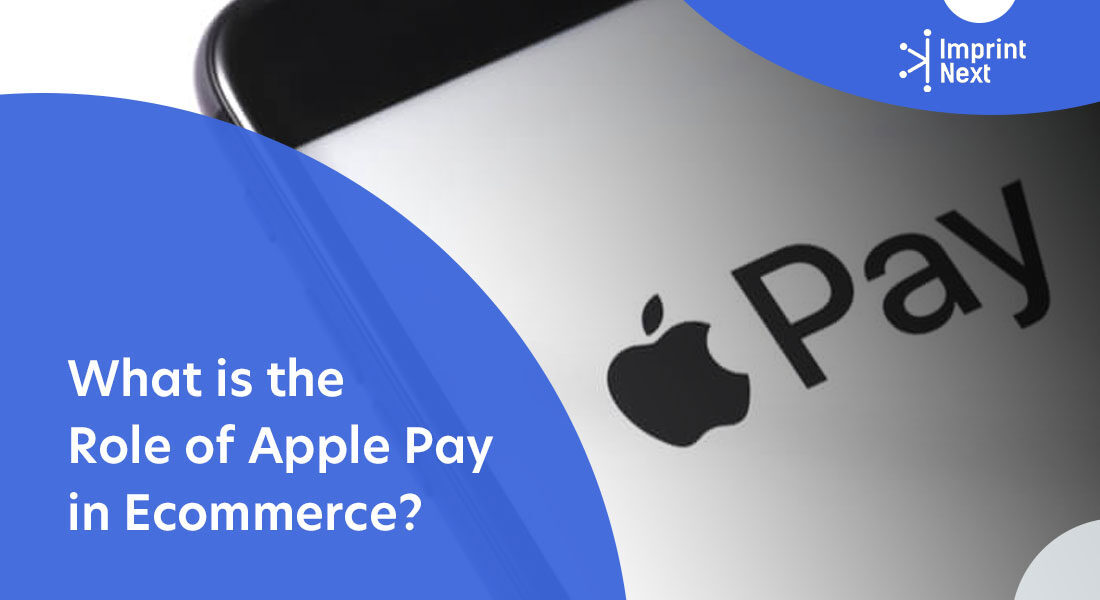 Apple Pay is a mobile payment interface with wallet applications that allows the users to make payments just by using credit or debit cards with a single touch on their device or a reader.

Apple pay is currently available in the US, UK, Canada, and Australia. It is mainly supported by Apple devices such as iPhone, Apple Watch, iPad, and Mac. Moreover, Apple pay is entirely free.

What is the role of Apple Pay in Ecommerce? Apple pay integrates with the Ecommerce website to facilitate a smooth and hassle-free payment interface for its users. It eliminates the billing and shipping steps once the data is saved initially.

Like Shopify Plus, WooCommerce, and IBM, some of the websites are among the first e-commerce platforms to support Apple Pay for its website.

How does Apple Pay work?

As discussed above, Apple Pay is fast and easy to use because the user does not need to enter the shipping address, bank, and billing details at each time of purchase, instead of entering the data once stored by Apple Pay and used in the subsequent transactions with two simple steps: Click—> Confirm, then your order is purchased.

How does it work:-

So, it is evident that Apple Pay wants to grow globally and have offered special discounts with specific retailers when a customer uses Apple Pay. However, this strategy seems not to be working effectively due to device compatibility issues.

Apple Cash is a feature in Apple’s digital wallet system that allows the transfer of money from one user to another via iMessage. When a user receives a payment, it gets deposited in the Apple Cash Card, where it is available for immediate use at merchants that accept Discover. Alternatively, the user can choose to transfer the balance to a nominated bank account via wire transfer. Apple Cash is currently only available in the United States.

Why Is Apple Pay Essential In the E-commerce industry?

What is the alternative to Apple Pay in Ecommerce?

There are too many mobile payment platforms. However, some of the noteworthy competitors are:

Samsung Pay: It is considered as Apple Pay’s main rival due to its own NFC offering system in Samsung devices.

Space is another digital wallet platform and online payment system. It was developed by Google for tap-to-pay services on mobile devices, tablets, and watches, running on the Android operating system.

The challenge for eCommerce merchants is rapidly and cost-effectively implementing Apple Pay on the Web to minimize disruption to current systems and procedures. Also, while Apple Pay is currently the dominant mobile wallet, retailers need to follow a strategy that will make it simpler for their eCommerce or mobile websites to implement extra digital wallets in the future.